During our day visiting a load of shops with Park, we stopped off at Biko Works. Biko Works are a dealership/garage that specialise in older Japanese cars like the Hakosuka Skyline’s and old Nissan Sunny’s. 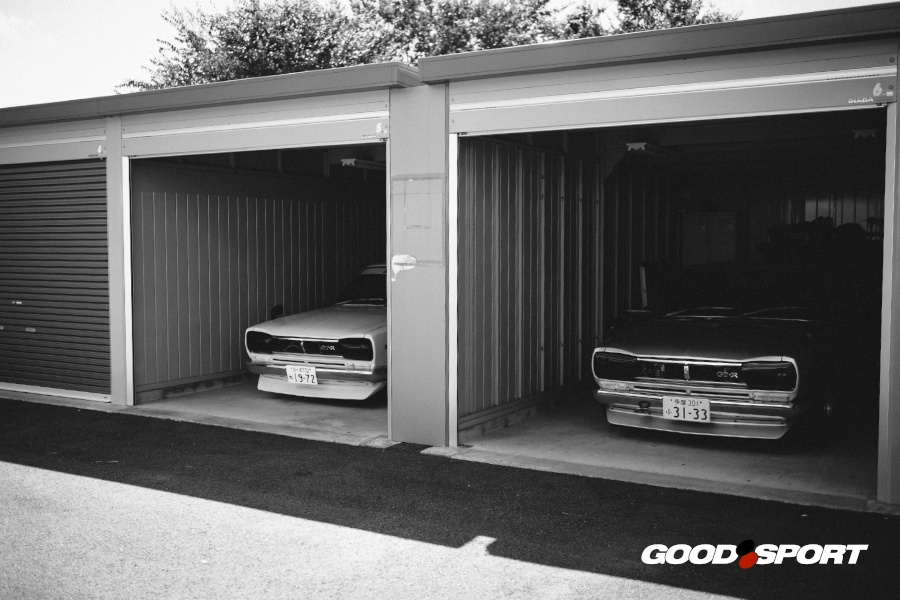 Situated in a rural part of Chiba, the Biko garages are just tucked off of the main road, looking ever so unassuming. You would have no idea of the classic Japanese car’s these units contain. 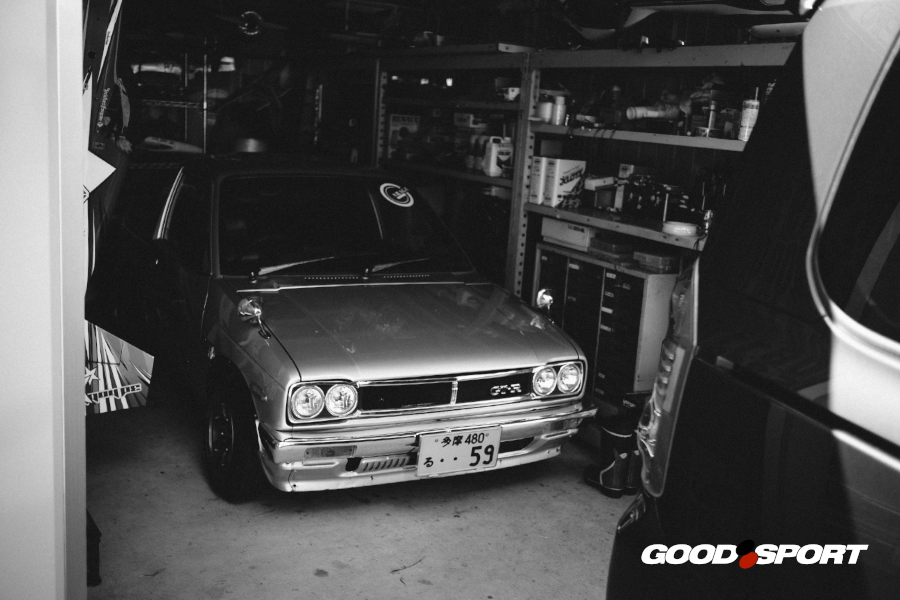 Surprisingly the first garage contained this rather interesting Suzuki Mighty Boy, fitted with a Hakosuka style front end. The racking and the walls were also covered in remote control planes, another passion of the owner of Biko Works. 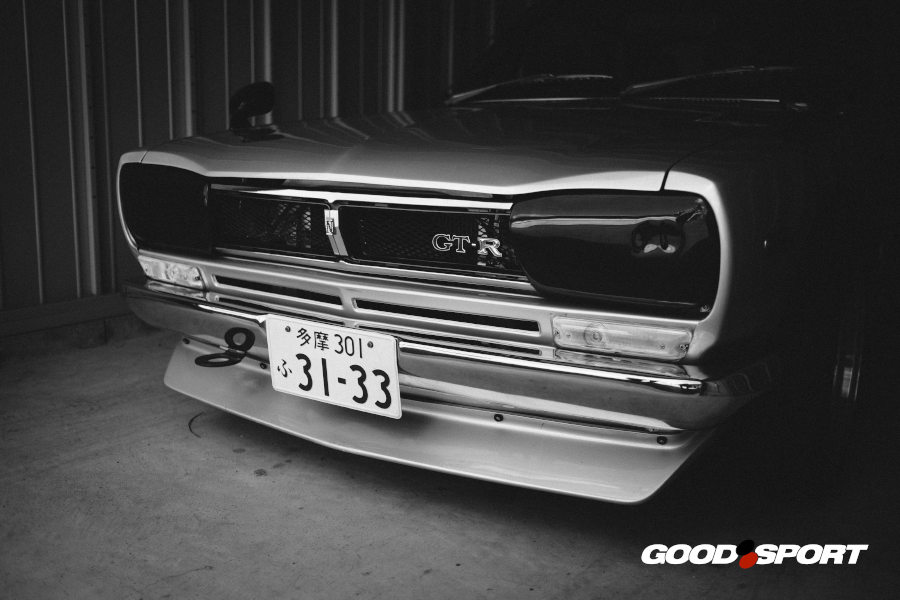 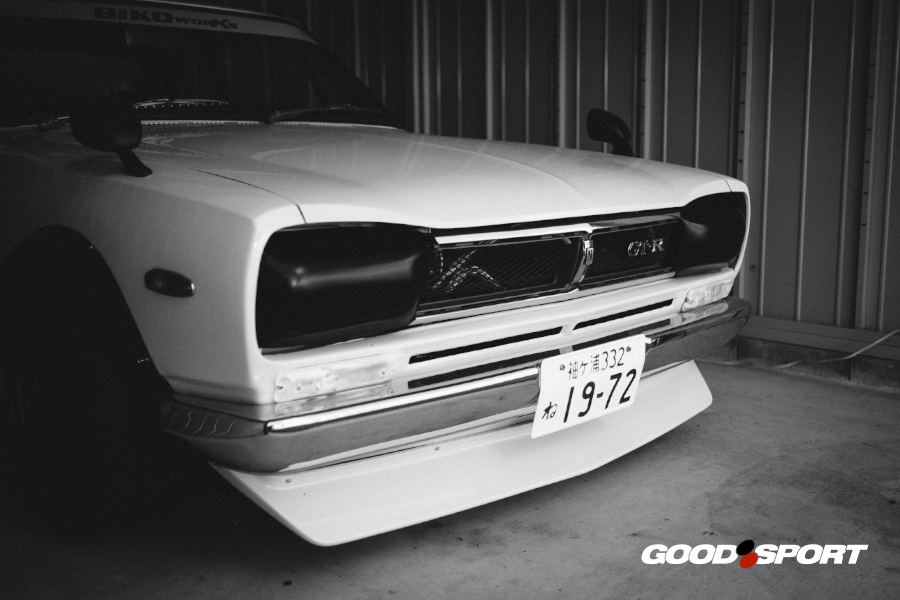 In the next two garages were a pair of mean looking Hakosuka’s. Both of these are track prepped cars that Biko Works maintains for his clients. The pair were getting ready to attend a classic racing event at Fuji the following weekend. 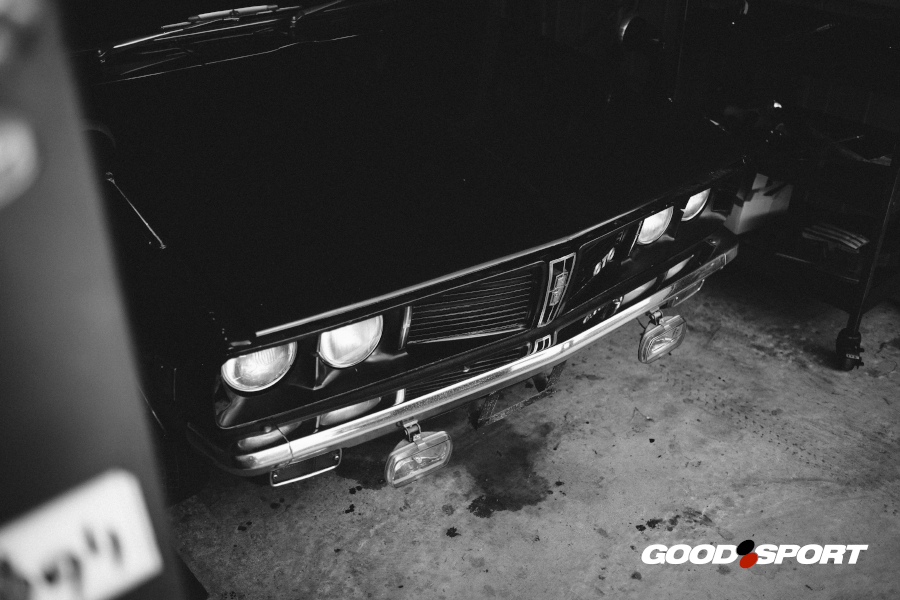 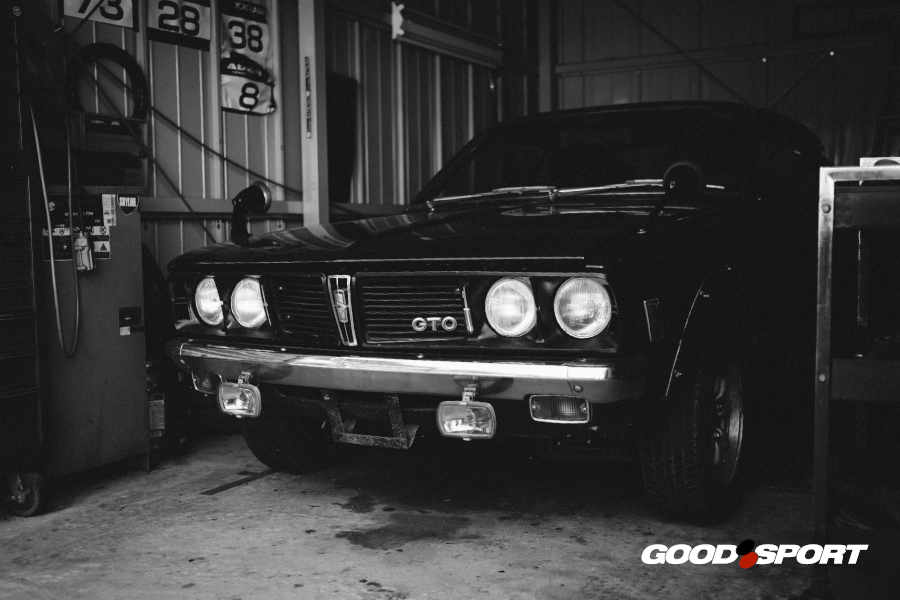 Tucked away in the final garage was this Mitsubishi Galant GTO, these are ludicrously rare in any country so it was amazing to see one in person. 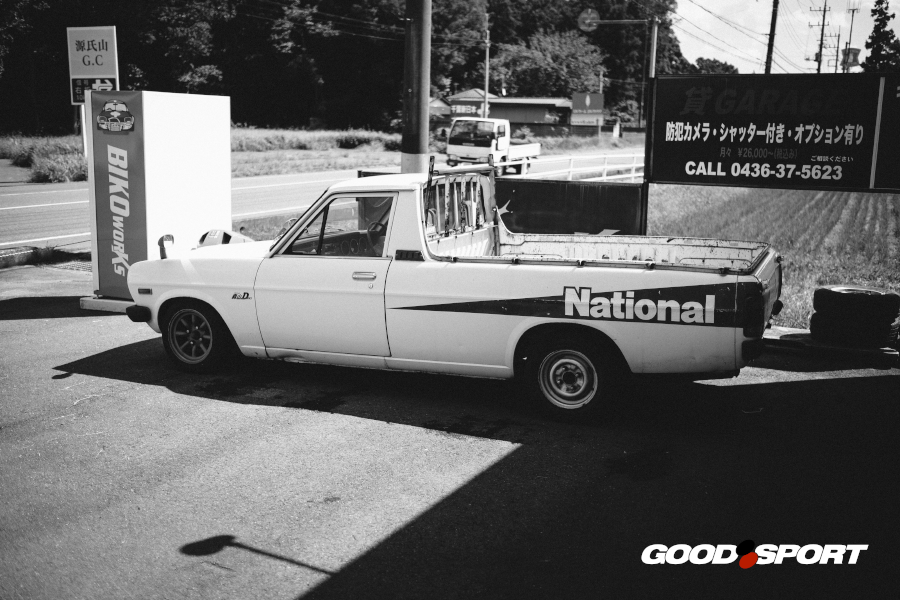 Parked up in front of the Galant was this awesome Sunny truck sporting a classic National Audio delivery truck livery. I assume that this maybe the work truck for the shop. After having a quick peek at the garage’s we said thanks and rushed off to the next shop, fitting in everything we had planned for the day was going to be tight!