After spending most of the evening at Daikoku Pa we headed to Tatsumi, which is situated on the on ramp to the Tokyo Loop.

The two parking area’s had totally different vibe’s with the cars reflecting that. Tatsumi seemed to have more performance focused cars/builds and Daikoku was more stance/cruise focused.

This is primarily because Tatsumi’s placed perfectly for the late night racer, the Tokyo loop is the personal playground for all these performance cars. Throughout the night we would watch groups of racers head out onto the loop, charging out the carpark, only to return 15 minutes or so later. Racers would park up again, grab a drink from the vending machines, chat with other drivers and then organise heading out on the loop again. Watching this unfold and the other cars coming in and out was definitely surreal. 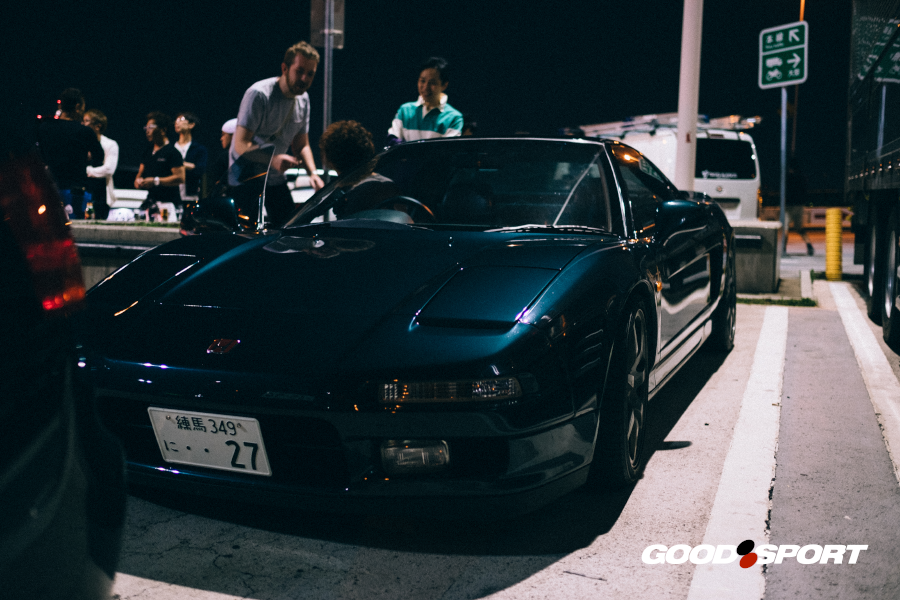 We managed to bump into Blake from Speedhunters with his NSX, I would strongly recommend his build articles on this car, it looked amazing in person and Blake was a really sound dude! 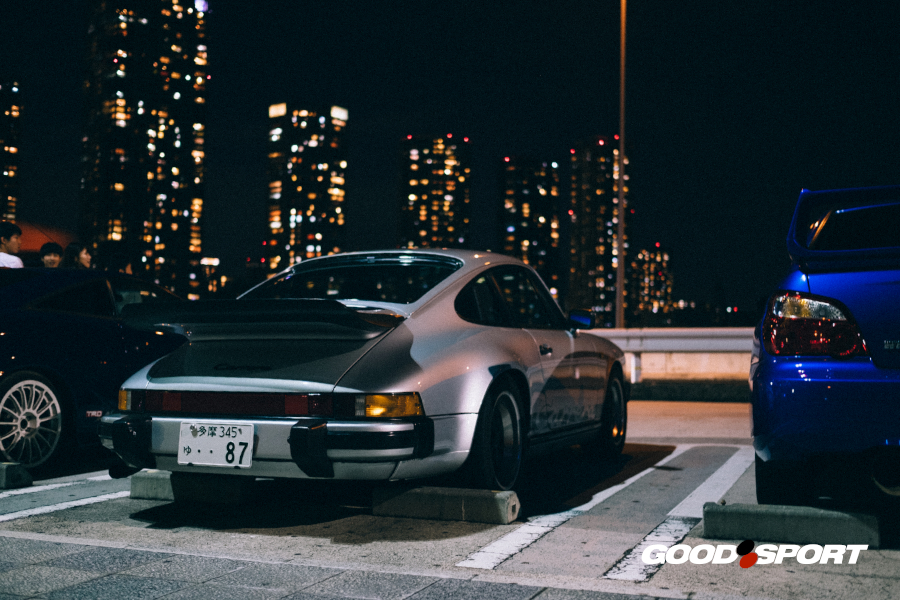 Seeing the bay and all of the skyscraper apartments from the parking area looked amazing, such an awesome backdrop to this very tasteful Porsche. 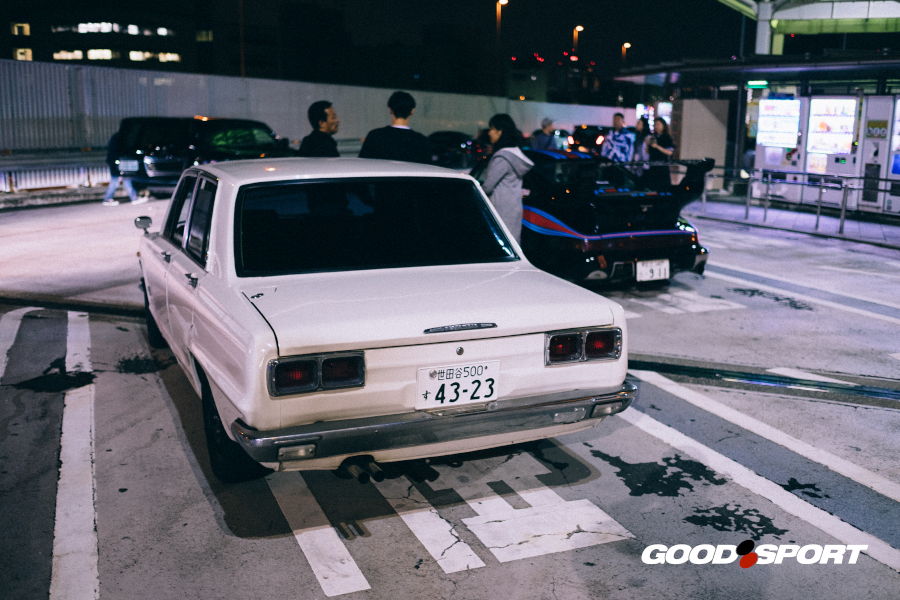 Seeing this Hako 4 door and Porsche parked up together, chatting away sort of encapsulates the Japanese car scene in general, its just about sharing that common interest and nothing else matters. 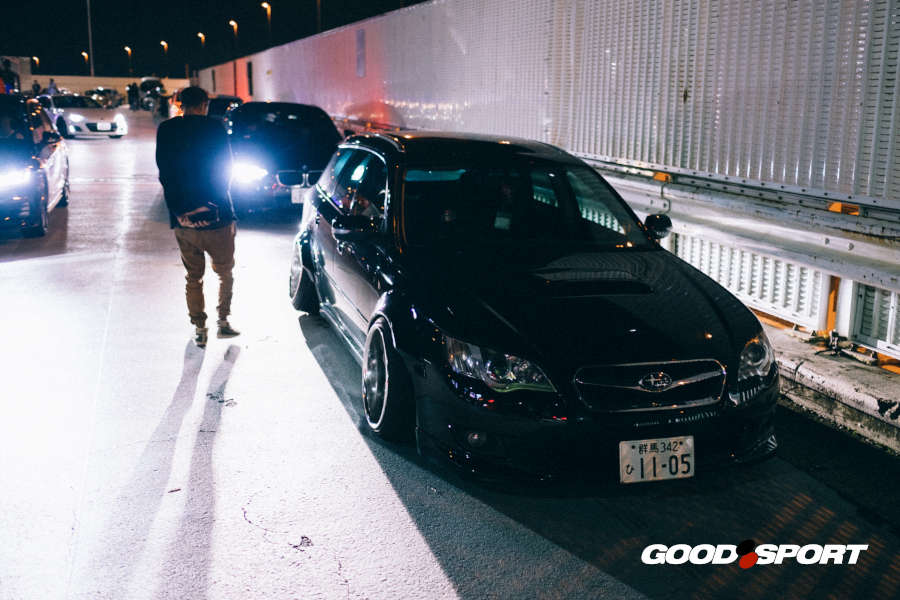 As a bit of a juxtaposition to the performance cars, this Subaru Legacy wagon was tucked away to the side. Crazy low ride height and mad fitment definitely made it stand out.

Tatsumi concluded an awesome day with Park, I can’t thank him enough for giving me the tour. I can’t wait to catch up with him again when I’m visiting again.